The current pipeline of BIOGENERA SpA reflects the company’s strong commitment to research in areas of high specialisation and elevated medical necessity: tumors and genetic illnesses. BIOGENERA Spa is in fact developing multiple gene-specific candidate drugs capable of revolutionising the cures and lives of patients.

MYCN-positive tumors, characterised by an unfavourable prognosis, have an incidence of 25% on the total number of tumors but reach a level of 50% in paediatric tumors. 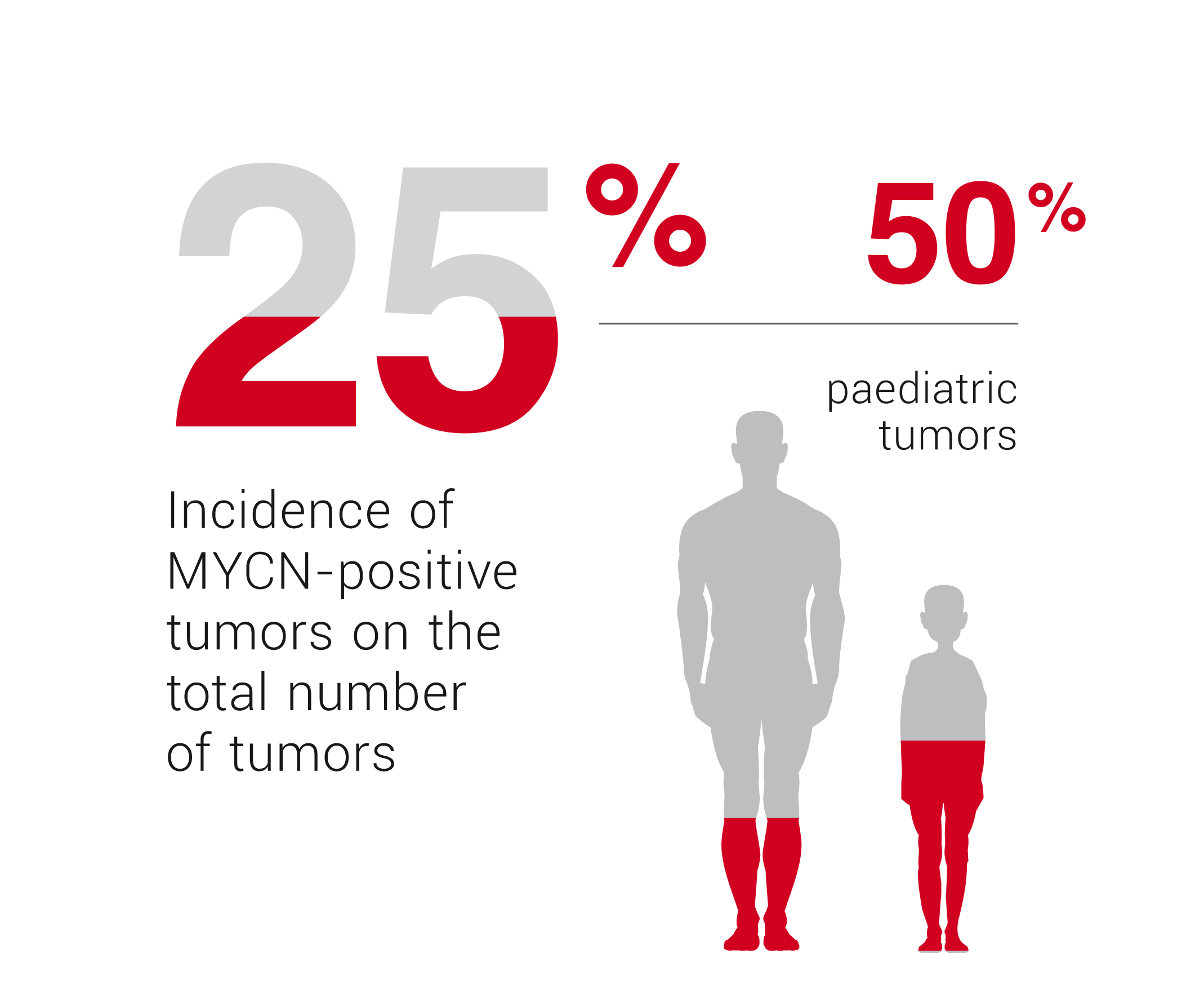 MYCN incidence on the total number of tumors 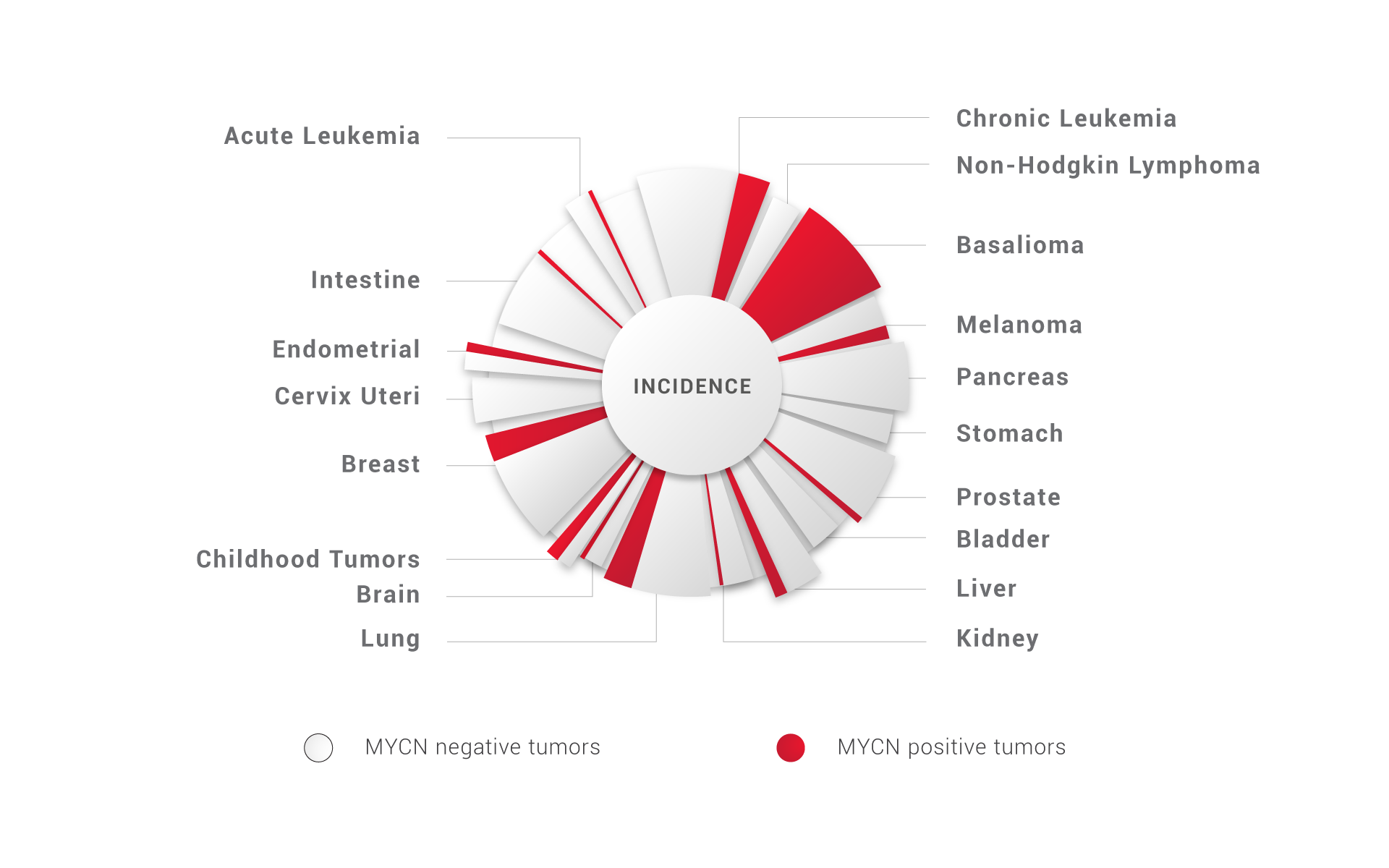 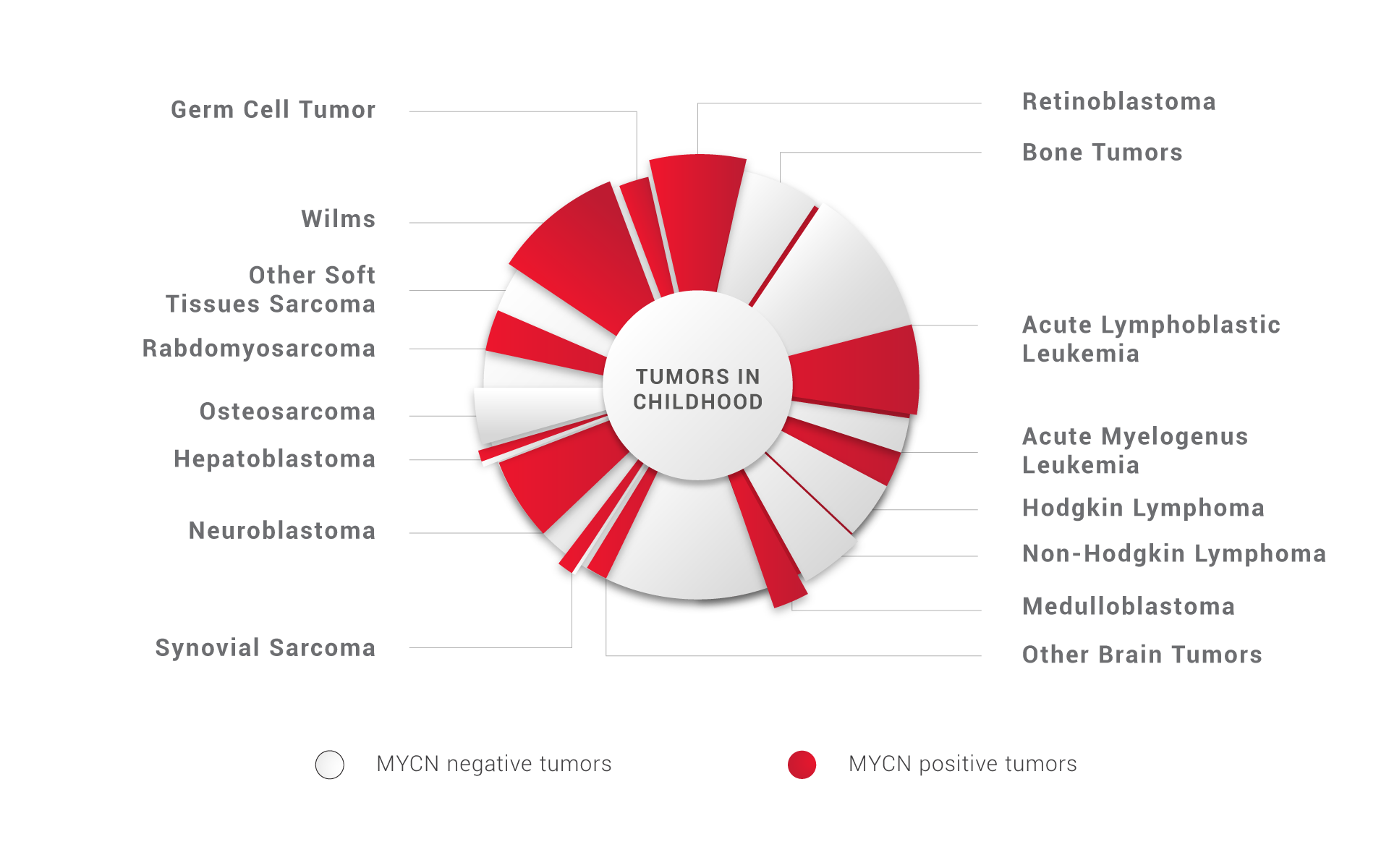 The first use of BGA002:
the Neuroblastoma 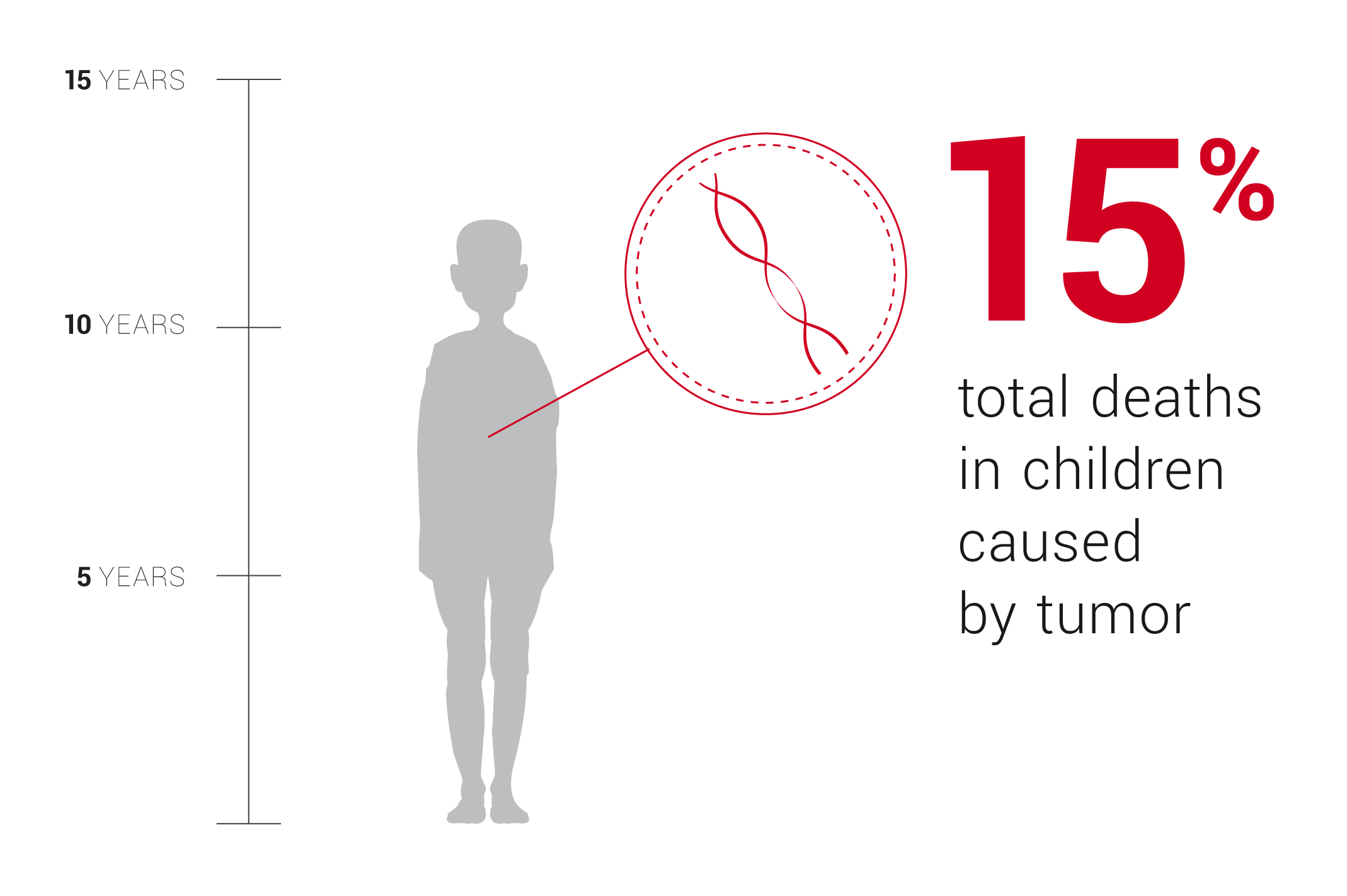 BIOGENERA SpA has concluded its pre-clinical studies of BGA002, the first and only international level medicine that acts directly and specifically in blocking the tumoral gene MYCN, for the treatment of MYCN positive tumors.
The Neuroblastoma is included in these, the malign paediatric tumor that is the primary cause of death for tumors in children under 15 years of age (15% of total deaths).

The first goal now is to perfom the phase 1, but the first important milestone has already been reached: the new drug BGA002 has achieved the status of Orphan Drug for the treatment of Neuroblastoma (the most deadly children cancer) by the European Medical Agency (EMA) and by the Food and Drug Administration (FDA) in USA, and for the treatment of Soft Tissue Sarcoma (by EMA). This means that it will be possible to speed-up the development procedure and therefore give patients a concrete therapeutic alternative.

Moreover, BGA002 already obtained the Rare Pediatric Designation by FDA for the treatment of Neuroblastoma (first to market indication). BGA002 has also been developed for other serious MYCN positive paediatric tumours. Furthermore, the medicine has been developed even for several tumors in adults with MYCN gene alterations (that is associated with poor prognosis), starting with Small Cell Lung Cancer (the most deadly type of lung cancer), for which BGA002 has already obtained the Orphan Drug designation by the FDA.